On matchday 3 of group F in the quest to be in Russia in 2018, Scotland’s campaign hit the buffers, as a Robert Mak brace and a Adam Nemec header allowed Slovakia to lose their points virginity in group F at the expense of an abject Scotland side.

Passion, pride and general positivity were commonly associated with the comparable home nations at euro 2016. This neighbouring success dictated that there was a necessity for a swift response and an immediate improvement in results for Gordon Strachan’s Scotland. Well, that, coupled with the fact that the Tartan Army were unable to indulge in the native Parisian alcohol that accompanied a place in the tournament finals in France. A right Scotland didn’t earn and, as a result, those committed Tartan Army mouths were as dry as a Tesco value chicken breast.

Following an indifferent opening two qualifying games for the Scots – the demolition of Malta and a laborious draw at home to the fifth seeded nation in the group, Lithuania – they made the trip to Bratislava to take on the Slovaks, who many had identified as Scotland’s primary threat in the hunt for a play-off place. Slovakia were going into the game after being the recipients of a last-minute sucker punch on matchday 1 in Sam Allardyce’s only outing as England Coach, and a ponderous display against the perceived inferior opponents of Slovenia in Ljubljana on Saturday night that resulted in a 1-0 defeat. It was hard to determine who needed a result more. Scotland were at the positive end of the table but would’ve been aware that they had a more favourable fixture schedule in the opening couple of games  (if there is such a thing for Scotland)  and were yet to significantly hurt one of our direct competitors for a qualification spot. where as Slovakia were eager to state their credentials and launch their bid for a qualification place, as well as appease a discontent fanbase. As it would turn out, there would be a discontent fanbase at full-time and it wouldn’t be the Slovakian’s.

In the early stages of the game Scotland were diligent and played the game at a good tempo and created a couple of half-chances: Steven Fletcher (starting ahead of the previously favoured Chris Martin) found space in the box, but could not re-direct his headed effort onto the target. That chance proceeded Scotland’s sole effort on target in the first half, as Robert Snodgrass was denied at the near post by the previously idle Slovakian goalkeeper, Matus Kozacik. Following a collision at the edge of the Slovakia penalty area in which Steven Fletcher was unable to capitalise on a slack cross-field pass due to a body check by Jan Durica,  Slovakia broke down the left hand side and a searching ball found the head of talismanic playmaker Marek Hamsik but the Napoli midfielder saw his header saved by David Marshall, only for Robert Mak to volley in the rebound. Durica’s blatant body check was a bewildering omission from the officials, but Scotland’s response was inexcusable. A refusal to play to whistle and a switch of focus meant that Slovakia got the crucial opening goal and took a 1-0 lead into the half-time break.

The second half saw a second avoidable concession within ten minutes. Robert Snodgrass’ reluctance to track back and give aid to full-back Callum Paterson allowed  Jakub Holubek  to find Robert Mak at the edge of the six-yard box and he got himself (and Slovakia) a second goal. It was a composed finish from the Zenit St. Petersburg striker as he rounded a rash Russell Martin and slotted the ball beyond David Marshall. 2-0 and game over. Slovakia had fired a couple of warning shots from set pieces and eventually made one of them count. Robust striker Adam Nemec finding vacated space in the box from a Robert Mak corner and found the net with an unchallenged header. The frankly inept Grant Hanley losing his marker in the box and there were disastrous consequences. With the game beyond the scots, Leigh Griffiths and John McGinn were brought on and provided some energy. Griffiths had Scotland’s best opportunity as he utilised his pace and split the two centre-backs but fired the shot wide on his usually reliable left foot.

The soothing effect the full-time whistle had on Scottish ears was a clear indication of just how abject the Scottish performance was. A pedestrian display that was  desperately lacking pace and a vocal point in the offensive third. It’s no surprise the Slovakian goalkeeper was a spectator for the majority of the match. The inclusion of Christophe Berra is a must for the upcoming world cup qualifier against England. Grant Hanley and Russell Martin have a limited skillset between them and no defensive cohesion. Hanley in particular is renowned for being a liability. If the centre-back pairing is to remain the same, one thing is for sure, Scotland will need to score at least two goals to get a positive result at Wembley as a clean sheet is inconceivable. 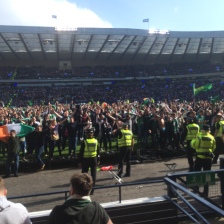 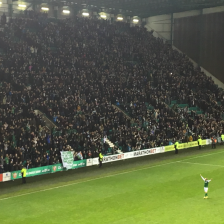 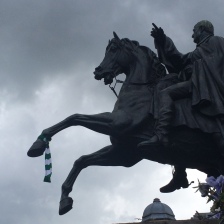 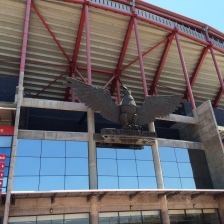